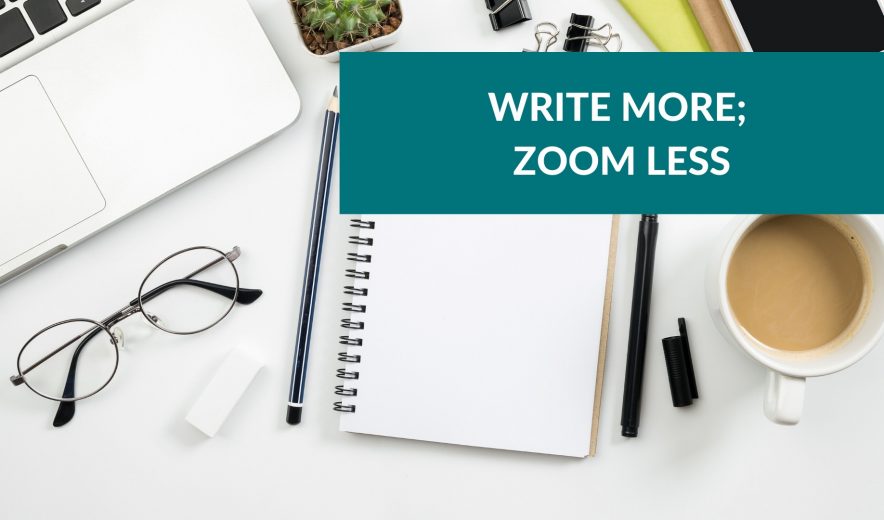 When I first learned how to make policy the methods were very different. As a public official in Scotland in the early 1990s, I was told sternly to “read the files”. And when it finally came to doing something, Siri wasn’t available to turn my words into action. We didn’t even have personal computers for several years afterwards. But I had access to Rose, the blind audio typist who turned the words I dictated on mini-cassettes into letters, notes and briefing for ministers. If these were urgent, I was even allowed to get a trained operative to fax them.

In those days before the Scottish Parliament, legislating for Scotland meant travelling to London to spend days working in an attic room and then hours sitting in ‘the box’ in the House of Commons or Lords. This small, raised corner of the chamber allows officials to listen to the debate and pass notes to government ministers as they propose and defend legislation.

With no tradition of legislation through public negotiation in parliament – unlike today’s EU – the test of whether you had consulted and understood your “interested parties” (the term “stakeholders” came later) was how well you could support the minister during parliamentary debates. If you came up with poor arguments there would be many “divisions” – the equivalent of roll-call votes. In Westminster then, as now, a division meant politicians had to hurry back to the chamber to vote in person. This could happen many times during the day or evening and each vote took about 15 minutes. The government would win them, but their very existence showed how dissatisfied the people’s representatives were with the proposal. If the opposition or stakeholders were feeling particularly ignored or misunderstood, a serious looking Lord would even tell the minister in solemn tones that, “This,” – and at this point he would usually fix his stare on the civil servants in ‘the box’ – “is a bad Bill.” There was no greater sign that your major stakeholders disapproved.

Even in Brussels by the late 1990s stakeholders were much less present around town to shape policy than they are today. As an attaché, my time was mainly spent in Council working groups, developing negotiating tactics and policy with the capital and meeting Commission officials, other attachés and MEPs. There was no endless stream of e-mails from companies and trade bodies, meeting requests, conference invitations and phone calls; just a trickle. The European Parliament met, but MEPs did not “co-decide” so much legislation with the Council; Parliament was more often “consulted”, which meant its views were often ignored. You could even get a seat at Committee meetings, which was essential because there was no livestreaming. FOMO hadn’t been invented, and that was because too few people knew what they were missing.

In our locked-down EU, disruption to the normal 2020 Parliament and Council timetable and the lack of stakeholder events can make it feel a bit like the 1990s. But those of us who believe policymaking is better when it involves an exchange of ideas now need to find alternative ways to continue to work effectively with policymakers. The new priority of the EU for the foreseeable future will be the response to and recovery from this Coronavirus crisis. This was not scheduled to be the defining initiative of Ursula von der Leyen’s Commission and Charles Michel’s Presidency of the European Council, but we cannot simply hope for the best. Without effective stakeholder input, policymakers will be helping us all through the Coronavirus crisis and into recovery while guessing our reaction. It won’t help them or us if the first reaction stakeholders can offer is disapproval and the equivalent of telling them they have produced a “bad Bill”.

So, the extended lockdown is forcing us to find a different and not-so-temporary approach to engaging with EU policymakers. The question is: what is a good approach? At Landmark, we look for evidence before deciding on action. We know that policy officials are at home and online. If they are working on non-Covid-19 business, timetables are slipping, politicians’ attention is elsewhere, and policies and priorities may not remain as planned. Contacts are less available now, and anyway there are no opportunities for “quick coffees” or catching up on Place Lux.

It is tempting to just shift everything online, from policy conferences to panel discussions, from meetings to “quick coffees”. We aren’t doing this. First, it’s not efficient: we’ve already heard many of our contacts say they are exhausted after whole days spent in back-to-back video calls. Lockdown will be here for a while, so we should pace ourselves and help others do the same. Second, it’s not even effective: Jason Fried and David Heinemeier Hansson literally wrote the book on remote working, based on doing it successfully in their own company. Two key lessons from their experience are that it’s more effective to rely on long-form, considered writing, and that we should keep meetings – including video-chat – rare and special.

To some, this probably sounds like policymaking from the low tech 1990s. Not so. All the technology now available has its place. But a sensitive approach to using modern technology with core public affairs skills is what we need to maintain influence through a major crisis. We should be able to get through this without resorting to dictaphones or fax – thankfully. There is also enough good sense and goodwill in the EU institutions to avoid the European equivalent of a “bad Bill”. We should be grateful that a lot has improved since the 1990s, even though I still think Rose was amazing.