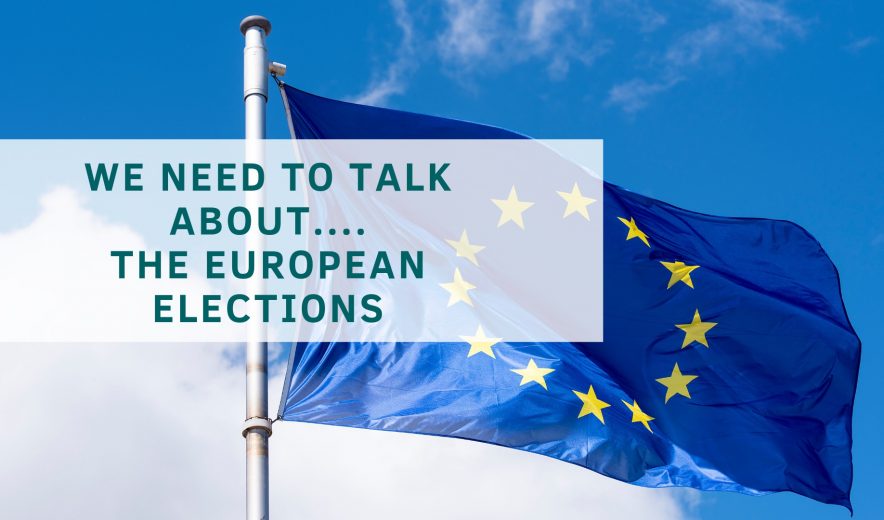 The European Parliament elections were a curious mix of heady anticipation and dull hiatus.  For a mass expression of the democratic will of the people, the results prompted a remarkably desperate search for an angle to interest anyone other than us Brussels policy wonks.  After all, there’s only so much excitement you can manufacture from elections that don’t have a winner.

And so it was that turnout became the jumping-off point for a lot of excited commentary on last week’s elections, and democracy was wheeled out triumphant again.  The dominant narrative in Brussels has trumpeted the added democratic legitimacy conferred by a rise in electoral turnout to 51%.  “This proves that the EU is a strong, pan-European democracy, which citizens care about,” said European Council President Donald Tusk after EU leaders met on 28 May.  Never mind that it’s a bit awkward to fall back on bigging up turnout when voting is actually compulsory in five Member States, especially when one of those manages only 31% turnout.  And if more people voted because they were expressing dissatisfaction with the direction the EU has taken over the last 5 years, that’s also not a good look.  But it is certainly true that a massive number of Europeans have had their say.

Actions, though, speak louder than words.  This is where the European Parliament just can’t deliver for the European in the street:  manifesto promises about policy can’t be made real because the Parliament is unable to propose new laws.  EU legislation isn’t even made by the European Parliament alone; it is also negotiated by national governments working in the Council.  Some may dress up post-election developments in the language of national politics with their talk of “majorities” and “coalitions”, but maybe this exaggerating doesn’t help:  the inescapable truth is that a European government will not be formed on the results of the elections.  And everyone has their own description of the role – or not – of the European Parliament in appointing the Commission President thanks to the Spitzenkandidat (non-)process.

It’s therefore no surprise that the increase in Green MEPs — in large part a consequence of the vote in Germany, France and the UK — was hailed as a “Green wave” from day one.  “I would expect that the Green wave that we had in many countries, not in all, will have a strong impact on the programme of the next Commission President,” said Commission Secretary-General Martin Selmayr the morning after the elections.

Serious Green initiatives would allow the next Commission to demonstrate that the people have spoken and it has responded.  But expect howls of protest at some point that 2020’s policy proposals are old wine in new bottles.  Given the standing ovations which followed Greta Thunberg’s wake-up call to the European Parliament in April, it would be a surprise if the Commission was not already on the ball.  The eagle-eyed will be quick to call out any “green-hashing” – alleged re-hashing of existing policy plans to give the impression they were inspired by the increased showing for the Greens.  Without a counterfactual, that allegation could be hard to disprove, and it risks serious damage to voter trust in the Commission and Parliament.  Cooler heads will reserve judgment: we will be able to assess whether the Greens have truly made inroads when the future Commission makes some legislative proposals – including in policy areas beyond environmental affairs – and when the Parliament votes on policy positions with Greens appointed to lead negotiations.

Let’s keep the influence of different groups in perspective:  whatever the political weather in the coming months, the large, centrist, pro-European political groups will continue to work together in the new Parliament.  Both the centre-right EPP and centre-left S&D are essential to cross-party agreement across the political groups because the maths leaves no alternative.  Neither can be frozen out because all the politically feasible alternatives fall short of a majority.  Much was made of the collapse of EPP-S&D “coalition” arrangements in the European Parliament in 2016, but in fact the groups continued to work together regardless.  Liberal and democrat ALDE was associated with those arrangements.  The collaboration is all set to continue, with or without public drama.

With the focus squarely on the Parliament and the Commission, there’s also a misguided tendency to downplay the role of national governments.  Brussels insiders know that national governments will continue to call the shots at the heart of the European Union.  The modern European Parliament certainly has powers, brings added democratic legitimacy to the EU and is much more powerful than its predecessors.  But the elected governments of the member states are the European players who really get their way – especially when they agree, and much of the time even when they don’t.  This also brings added democratic legitimacy to the EU, even if national politicians find it useful to ignore the inconvenient truth when “Brussels” is lined up as the fall guy for imperfect policy responses.

Politicians should level with voters about the EU and EU public affairs advisers should level with their clients: these elections will not destabilize the European Union and they are not shocking.  Given what else is happening in the world right now, we should all recognise the opportunity they represent – regardless of Brexit – for the EU to capitalise on internal stability, clarity of approach and progress on climate change.  That will have far greater benefits for Europeans – as citizens, investors and customers – than worrying about the latest twists and turns on Parliament machinations and Commission jobs