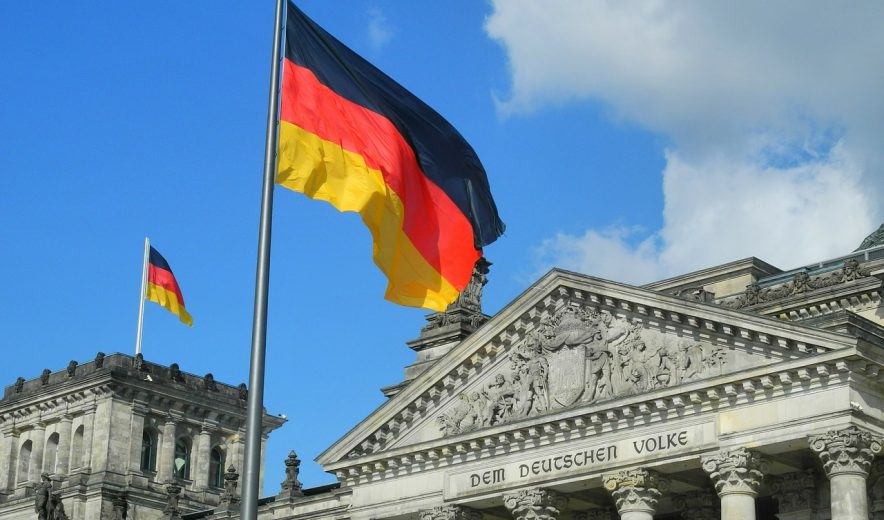 Germany’s Federal elections have produced no clear winner. The centre-left SPD received 25.7% of the vote, and the centre-right CDU/CSU 24.1%, but the SPD has not “won” the election or the Chancellorship as some commentators suggest. Although the SPD share of vote rose by over 5% compared with 2017, the largest party does not gain an exclusive right to form a coalition in the German system. It is therefore far from certain that the SPD’s Olaf Scholz will succeed Angela Merkel as Chancellor.

The negotiations to form a governing coalition are wide open and are not pre-cooked; many governing coalitions remain possible to achieve the majority of votes required in the Federal Parliament (Bundestag) which must approve the appointment of the new Chancellor. Options include another SPD-CDU/CSU “Grand” coalition, which is the only possible two-party coalition, or a three-party coalition involving either of the SPD or CDU/CSU together with both the Greens and the liberal-conservative FDP, both of which are now seen as representing the opinions of younger voters. For results graphics and an interactive coalition calculator, we recommend the online tools of the Frankfurter Allgemeine Zeitung.

This election might lead to the first three-party coalition government at Federal level in recent years. Various three-party options have been tested more or less successfully at regional level. The Federal coalition option which is definitively off the table because it would not lead to a parliamentary majority is the so-called “Red-Red-Green” coalition between SPD, Greens and GUE/NGL group party Die Linke, which would have caused concern in Brussels, mainly for its potential impact on Foreign, Security and Defence policy.

From the Brussels point of view the current concern is managing EU decision-making – particularly in the Council – between now and the new German government’s appointment, and the key issue is timing. In 2009, a coalition was formed within a month, but in 2017 it took over 24 weeks. Current wisdom is that a three-party coalition may take considerable time to negotiate – although this may underestimate the ability of Greens and FDP to co-ordinate with one another.

This is particularly true on the EU stage. The French Presidential election in spring 2022 will fall in the middle of the French Presidency of the Council (January to June 2022). There may indeed be some tension between the French government’s wish to conclude certain EU negotiations early in its Presidency to boost its political standing at home, and the wish of a new German government to unpick some of the positions of its predecessor. The significance of this, and the dossiers it might affect, will depend on the nature of the German coalition, but more importantly its timing: the sooner it is finalised, the more chance it will have to influence the outcome of EU negotiations. But this consideration is not likely to be the deciding factor which will seal a German coalition deal.

EU structures and policies generally weather any changes in member state governments without rapid changes to direction or policy, partly because the institutions are designed to withstand this. That said, Germany is one of the largest member states and Mrs Merkel has been influential in key EU decisions during her Chancellorship. The EU was not a major feature of the German election campaign but the EU will be strengthened if it can – as expected – handle the change in the German government and prove that it is stronger than the impact of democratic elections in any one member state.

There has also been some suggestion that Ursula von der Leyen will find it harder to operate as President of the Commission without a CDU/CSU led government in Germany. We find this speculative and unlikely to influence EU policy outcomes on the Green Deal and Digital Agenda. While the Commission President may not have exactly the same relationship with any future Chancellor as she did with Mrs Merkel, close liaison between the President and the new German chancellor is likely to continue because (i) she remains the President of the Commission, so has power; (ii) the German chancellor leads the largest economy in the EU, so has power; and (iii) the President is still the most senior German in the European Commission. Whether there is much love lost between the individuals is not actionable information for public affairs. Note that a new German Chancellor and/or a new federal government cannot recall Ursula von der Leyen in order to replace her, nor is there any expectation that she would be forced to resign and create a vacancy as a result of a change of government in Germany.

Implications for EU policies and legislation

In the current situation, comparing the detail of German party manifestos and positions does not allow a forecast of the future German government’s position on EU-relevant issues because:

Our key messages for EU public affairs teams at this stage in the coalition negotiations are:

(All election data based on provisional official results, 27 September 2021)