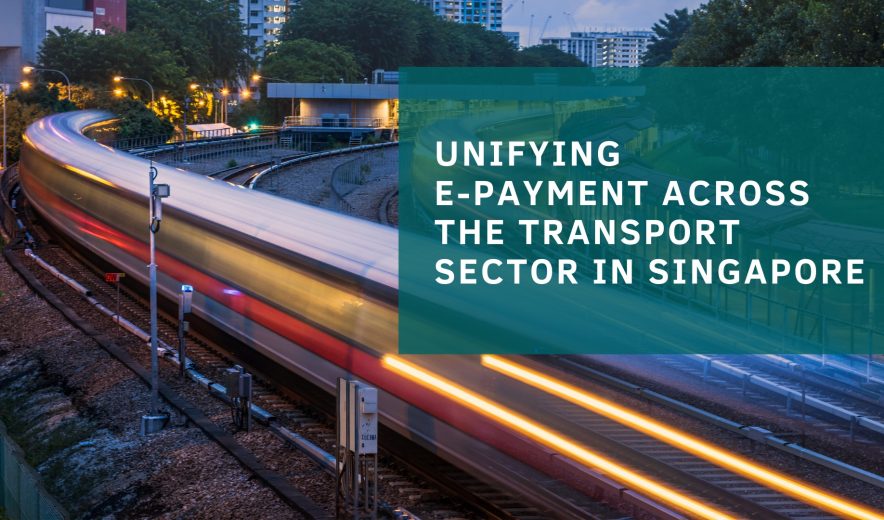 In his 2017 National Day Rally speech, Prime Minister Lee Hsien Loong reflected on the fragmented e-payments landscape in Singapore and issued a call to action to unify and integrate the Country’s e-payment systems . A seemingly easy ask for the South East Asian island state widely recognized for its pervasive use of digital technology and innovation to boost livability and sustainability.

The government and industry rallied to answer the Prime Minister’s clarion call. The government passed the ‘Payment Services Act’ which mandated common standards for payment services, creating a common backbone infrastructure upon which industry players can offer their differentiated products . Industry taskforces were set-up to corral industry players to create common standards. Slow-moving dominant local players such as ‘NETS’ were jolted into action and more fintech start-ups and companies entered the e-payment scene.

Two years on, the approach to create common standards for a backbone infrastructure has indeed paid off. DBS bank’s initiative, ‘PayLah’, has morphed into an inter-operable national ‘PayNow’ platform, which offers P2P mobile payments across nine participating banks. E-payments companies now enjoy increased merchant adoption, increased consumer choice and satisfaction, and significant improvements in inter-operability. Using the backbone infrastructure of SGQR, merchants can now offer consumers multiple payment options with one SGQR code, such as ‘FavePay’ for consumers to obtain cashbacks as discounts for repeat visits, or use ‘GrabPay’ for consumers to earn reward points that can be redeemed for private-hire vehicle rides.

The data from three main initiatives that form the common backbone infrastructure for such innovative retail payments solutions is very encouraging :

• ‘PayNow’ was launched in July 2017. Transaction volumes have increased from 150,000 transactions totaling about S$24 million in the first month of operations to more than 5 million transactions with values of more than S$ 1 billion in the month of July 2019.
• ‘PayNow Corporate’, which enables businesses and the Government to send and receive money in real-time using organizations’ unique entity numbers (UEN), was launched in August 2018. Half of active businesses in Singapore have registered for PayNow Corporate.
• ‘SGQR’, a national unified QR interface that combines the QR’s of different payment schemes in Singapore, was launched in September 2018. As of September 2019, more than 32,000 SGQR codes have been deployed, representing 20% of all retail point-of-sale.

The laggard in e-payments adoption: Transportation

The Transport Sector remains a glaring laggard in the e-payments sector in Singapore. A fragmented landscape of payment options for different modes in the transport system exists, with commuters having to grapple with cash, ‘EZ-link’ cards, credit cards and closed-loop payment options.

Public trains and buses are only slightly better. Until recently, EZ-link card and NETS FlashPay card were the only contactless offline e-wallet cards used for public trains and buses. EZ-link card remains the monopoly payment service provider for concessionary fares. ‘SimplyGo’ was launched in April 2019 , allowing contactless payments for train and bus fares with pre-registered MasterCard or Visa credit cards – an additional step that hinders adoption by the less digitally-savvy. NFC-enabled devices, such as mobile phones and Fitbit, linked to SimplyGo-registered cards can also be used.

Car drivers also face limited payment options. ‘CashCard’ and EZ-link cards are the primary payment cards used by car drivers and has limited merchants beyond vehicle-related services. The situation has improved somewhat, with CashCard offering an automatic ‘top-up’ option through credit cards. Since October 2017, credit card payment of parking fees at public open-air carparks can be made through ‘Parking.sg’, a government-created mobile application .

A history of innovation in e-payments for the Transport Sector

It didn’t used to be this way for Singapore. Recognizing the value of e-payments and the convenience it brings to commuters, the Transport Sector in Singapore were some of the first and most prolific adopters of e-payments and had taken a number of steps to expand commuter choice. EZ-link, established in 2002 as a wholly own subsidiary of LTA, introduced e-payments for use for public buses and trains . In 2012, EZ-link launch the world’s first over-the-air top-up using NFC technology and in 2013, EZ-link again pioneered the world’s first mobile NFC top-ups of EZ-link card .

Since then, saddled with legacy hardware and technology, the local e-payments companies have struggled to keep up. This has resulted in an e-payments landscape that is silo-ed across different modes of transportation. New e-payments players have emerged and were not incorporated into the Transport Sector. Before the introduction of SimplyGo, established international credit card companies could provide services to EZ-link and NETS, but not as an alternative choice. Other modes of transport that have since developed, such as private hire vehicles and bicycle sharing, have also opted to develop their own e-payment services and/or adopt innovative retail payment solutions and chose to exclude NETS and EZ-link.

As transportation is essential to the daily lives of many residents in Singapore, it is understandable that the government is not rushing to be “ahead of the curve” as Transport Minister Khaw Boon Wan said, to minimize the risk of jeopardizing the smooth running of the transport system . It will be important that efforts to introduce innovative e-payments solutions is done in a manner that does not disrupt the daily lives of residents.

However, the status quo of the transport payments landscape today does not work out – residents who both drive and take public transport find themselves juggling multiple apps and payment options daily. In the Smart City of Singapore, we can do better.

Much has been done in our super-digitally connected Singapore to create a backbone payment infrastructure for B2C, B2B and even G2C and G2B transactions. The penetration of e-payments is reaching even the most technology resistant of Singapore famous hawker centres and food stalls. As a key component of the everyday lives of residents and a key form of the Country’s infrastructure which many tourists rely upon, perhaps it is time for the government to convene transportation service providers to create a reliable and inter-operable common e-payment infrastructure across the various transport modes in Singapore to help create a seamless travel experience for residents and tourists alike.